Have you got TooMuchFlavour? | B-Boys and Breakdancers For Hire

I recently received an email from Dave at TooMuchFlavour.co.uk letting me know about a fun new competition they’re running to win a pair of Asics SportStyle trainers and a bboying mat. These are the same trainers B-Boy Mouse was wearing at the UK B-Boy Champs and in the following Asics promo video…

Anyway, here are the details to win a pair of SportStyle Asics and breakdance mat. Quite a cool competition challenge I think, I might have to enter myself… I could do with some new kicks to train in!

Win a pair of trainers from ASICS SportStyle and one of the first ever breakdancing mats – start the year the freshest kicks by sending us your freshest pics! 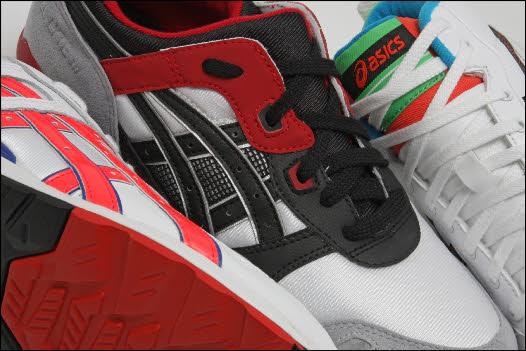 To celebrate the launch of their SportStyle range, ASICS have created the first ever breakdancing mat. Put together with the help of award winning B-Boy Mouse, it is designed to teach novices the basic moves through simple, guided steps. One lucky entrant will be able to win one of these mats and pull off the toprock, sixstep and even the wakfreeze. The winner will also receive a pair of ASICS SportStyle trainers to practise new moves in true style.

Winning is simple – find your flavour and photograph it!

Started breaking in front of a local attraction? Dressed your dog in a tracksuit? Maybe you spotted something quirky, like funny graffiti or discovered a really funky record in your parent’s music collection.

If it’s got flavour, it has a chance of winning

Simply take your photo, ‘fan’ TooMuchFlavour on Facebook, then post your photo to the wall for a chance to win.

For further details, example photos and to watch a video of what happened when the ASICS SportStyle breakdancing mat took to the streets of London, go to http://toomuchflavour.co.uk/competition_entry.html

Ok, that’s all from Dave, back to me – they’re claiming its the first ever breakdancing mat. Not sure what they mean by that, cardboard and lino were used way back in the late 70’s… but I  remember being shown a hilarious video of Alfonso Ribeiro, the dude who played Carlton in The Fresh Prince of Bel Air, releasing a similar product way back in the day (1985)!

That’s enough comedy for today. Remember to get taking your flavoursome photos to post to the TooMuchFlavour facebook fan page!

“And tell mum and dad it’s the safe way to break and pop. Not the things you shouldn’t try.”