(Previously known as B-Boy Just Me) 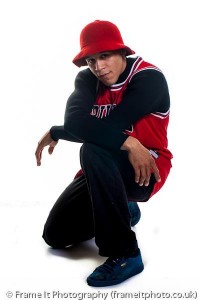 B-Boy Bouncy, also known as Bruce, is without a doubt the most explosive and energetic performer in the crew!

He’s an international performer who has been hired to perform insane visual stunt shows across the globe for clients like Nissan, JCB, Top Gear Live and more!

He has a well rounded knowledge of all styles of dance, especially all aspects of breaking, but is perhaps most recognised for his background in martial arts/tricking and gymnastics/acrobatics – this guy can jump! 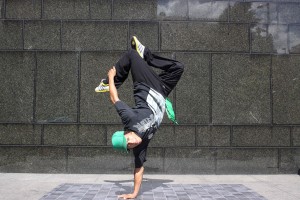 You’ll see him busting out crazy somersaults, flips, tricks and dynamic power moves but he still knows how to rock the beat and play with the music!

His b-boy name changed from ‘Just Me’ to ‘Bouncy’  after performing at Secret Garden Party in 2013 when crowds saw how much he jumped around and started calling him Bouncy! He decided it fitted well with his job as an acrobatic stilt performer as well as his b-boy style…

Check out this old video of Bruce and his acrobatic stilts team back in 2009: